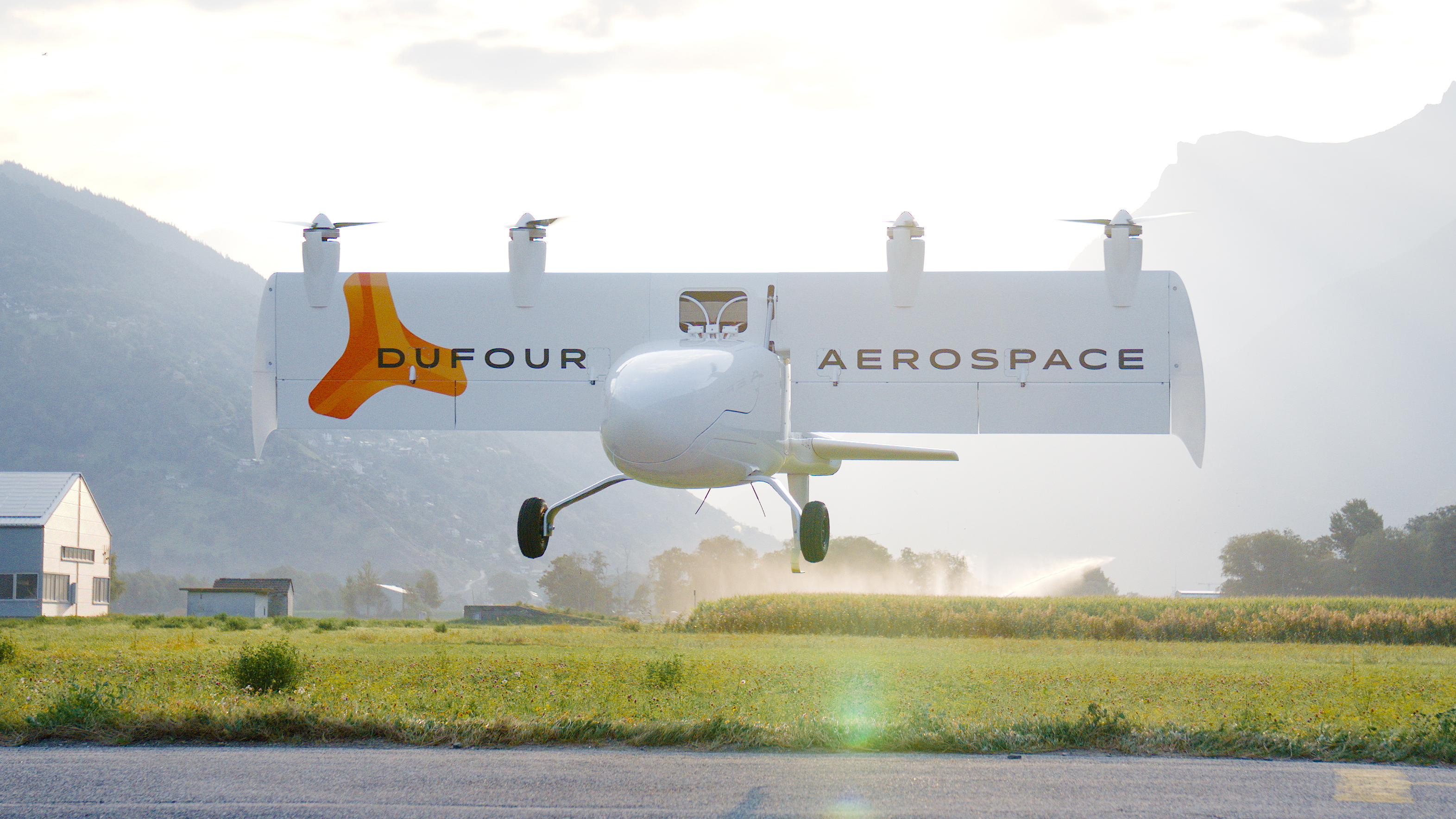 ‍Zurich, November 4, 2021 / Swiss-based eVTOL development and production company Dufour Aerospace today launched the Aero2 as its first commercially available product in their tilt-wing eVTOL family. Aero2 is designed as a multi-purpose small unmanned aircraft with an unmatched operational flexibility and low operating cost. With a payload of up to 40 kg (88 lbs), a maximum take-off weight of 150 kg (330 lbs) and a maximum flight time of three hours in standard configuration, it is suitable for a wide variety of customer applications.

“Aero2 is as versatile as a Swiss Army Knife,” said Thomas Pfammatter, Co-founder and CEO of Dufour Aerospace. “This innovative small unmanned aircraft will greatly support our customers in their activities. With its quickly exchangeable nose cone, it is the perfect tool to carry different customer payloads, be it in logistics, topographical surveys, mappings, measurements or for public safety applications.”  This first product of Dufour’s tilt-wing family will fly as fast as 170 km/h (92kts) in cruise speed. In VTOL-configuration, it takes-off and lands on the smallest landing spots, using as little space as a conventional unmanned aerial vehicle. During flight it uses as little energy as a conventional airplane. The tilt-wing design combines the best features of both helicopters and airplanes.

Dufour Aerospace first successfully flew a technology demonstrator in 2020, as seen on the company’s website. “The platform showed the expected outstanding aerodynamic performance and versatility,” said Jasmine Kent, Co-founder and CTO. “We decided to continue the development towards an unmanned product. This is how Aero2 was born. Reactions from observers of the current prototype are encouraging. In a series of prototypes, we will continue to add and certify more features such as the hybrid propulsion module, de-icing capabilities and a usage and health monitoring system. Aero2 offers redundancy in many ways and will therefore meet strict safety requirements.”

Aero2 is designed to fully comply with EASA’s Special Condition for Light Unmanned Aerial Systems and is expected to enter serial production in 2023.

For more information, including video of the demonstrator testflights, please see our website www.dufour.aero or contact us by email news@dufour.aero.

Dufour Aerospace was founded in 2017 by Thomas Pfammatter, Jasmine Kent and Dominique Steffen to develop, build and exploit tilt-wing eVTOL aircraft. Today, the company is working on different projects that share the same technological core. Among Dufour Aerospace’s staff there are many senior professionals experienced in the design, certification and production of helicopters and airplanes. Dufour Aerospace is based in Zürich and Visp, Switzerland.

Aero1: In 2016, Dufour Aerospace built and presented the first ever fully electric aerobatic aircraft in the world: Aero1 has flown over 80 hours and demonstrated the abilities of electric propulsion in the challenging environment of aerobatic flight. Aero1 is currently being modified to serve as a flying testbed for the latest developments of Dufour Aerospace such as flight computers, battery packs and telemetry systems in real flight conditions.

Aero2: The small unmanned aircraft product of the company, Aero2 has been designed to be as versatile and robust as a Swiss Army knife. Its unique tilt-wing design combines the best elements of both helicopter and fixed-wing aircraft in offering both vertical take-off and landing (VTOL) and fast and energy-saving long-range flights. Aero2 can transport as much as 40 kg or 88 lbs of customer payload at a speed of up to 170 km/h or 92 knots. Its rapidly interchangeable payload bay makes it ideal for logistics, geographical surveys, or public safety applications. Full series production of Aero2 is expected to start in early 2023.

Aero3: Dufour Aerospace is working on Aero3, a tilt-wing eVTOL airplane that will be capable of assuming the duties of most of today’s light single and twin-engine helicopters while operating at much lower costs and higher speeds, making larger market segments accessible for airborne applications. 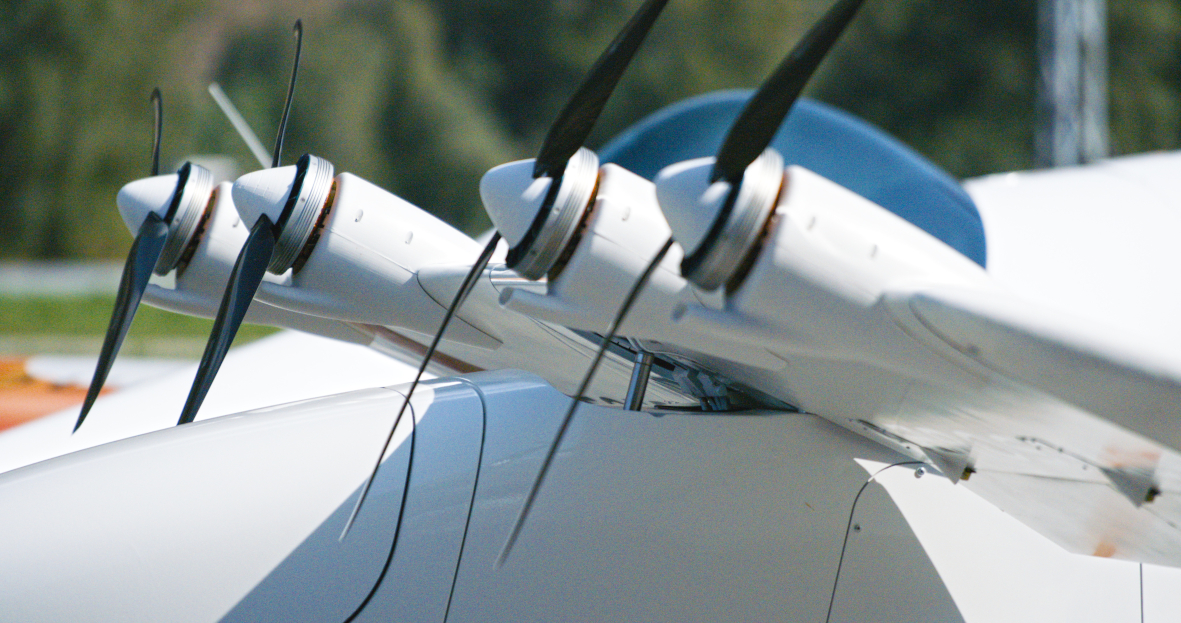 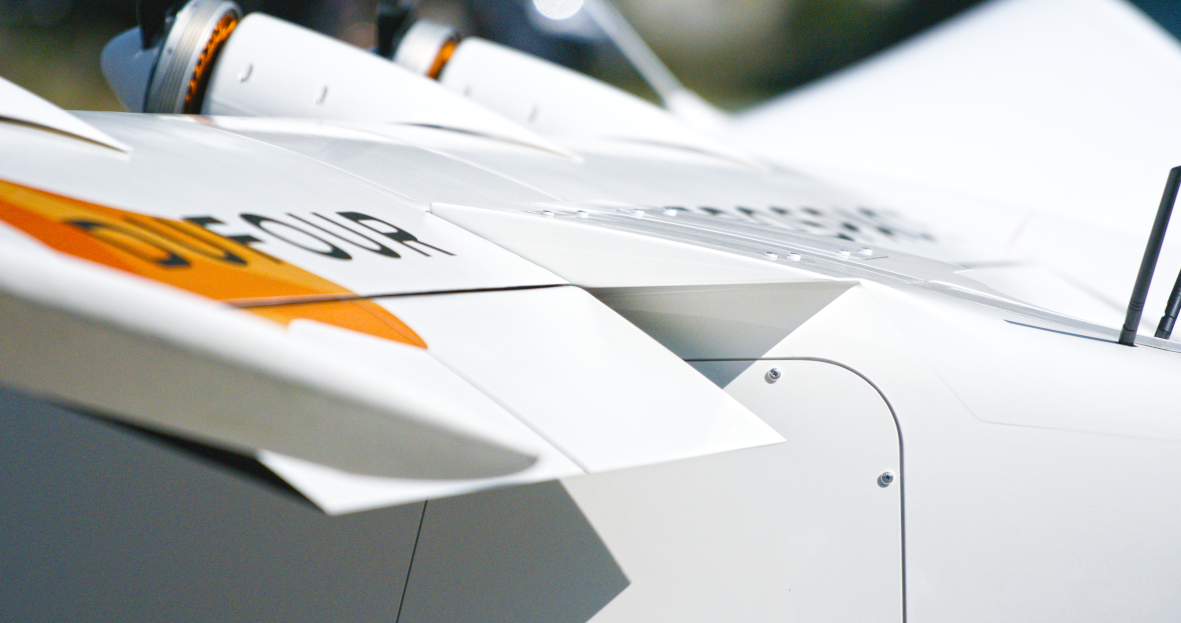 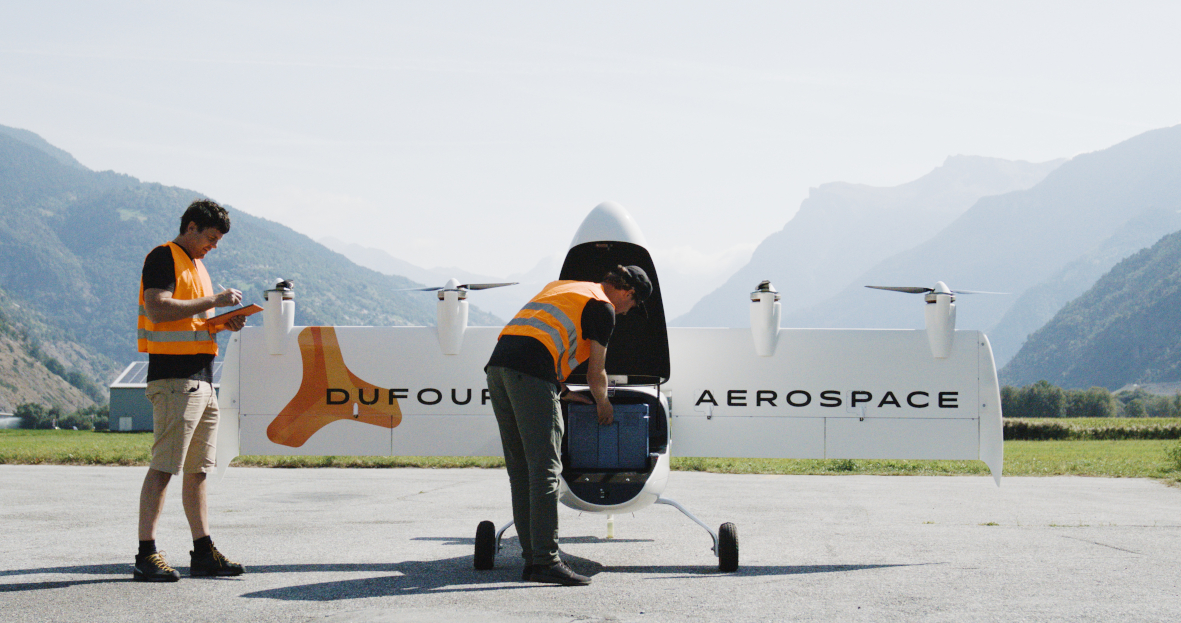 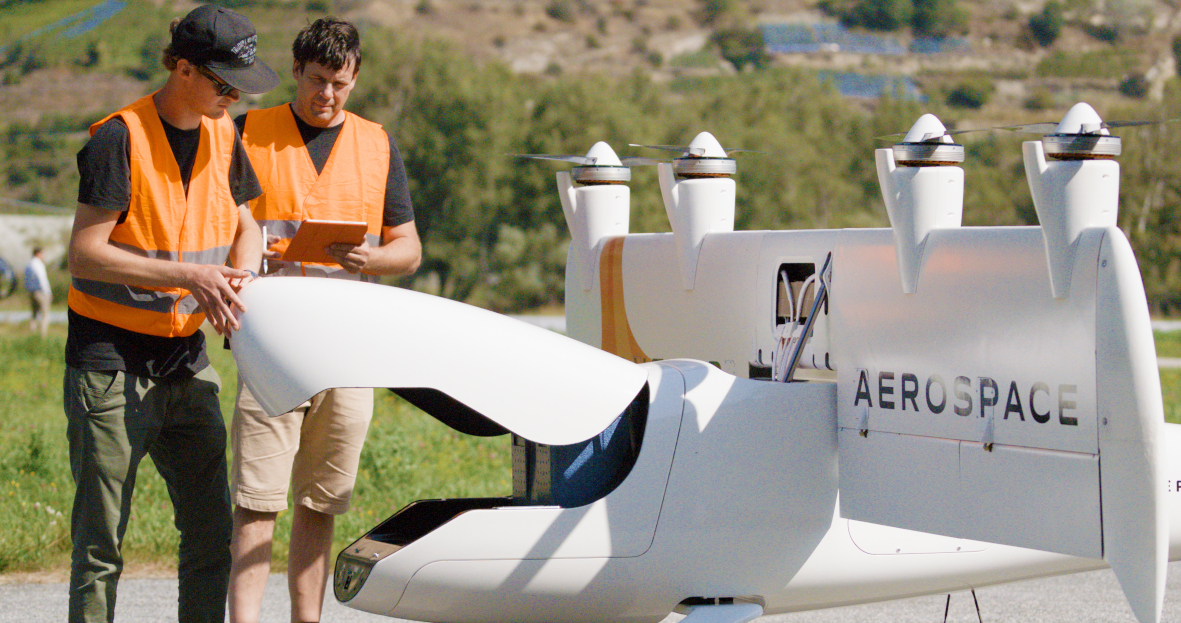 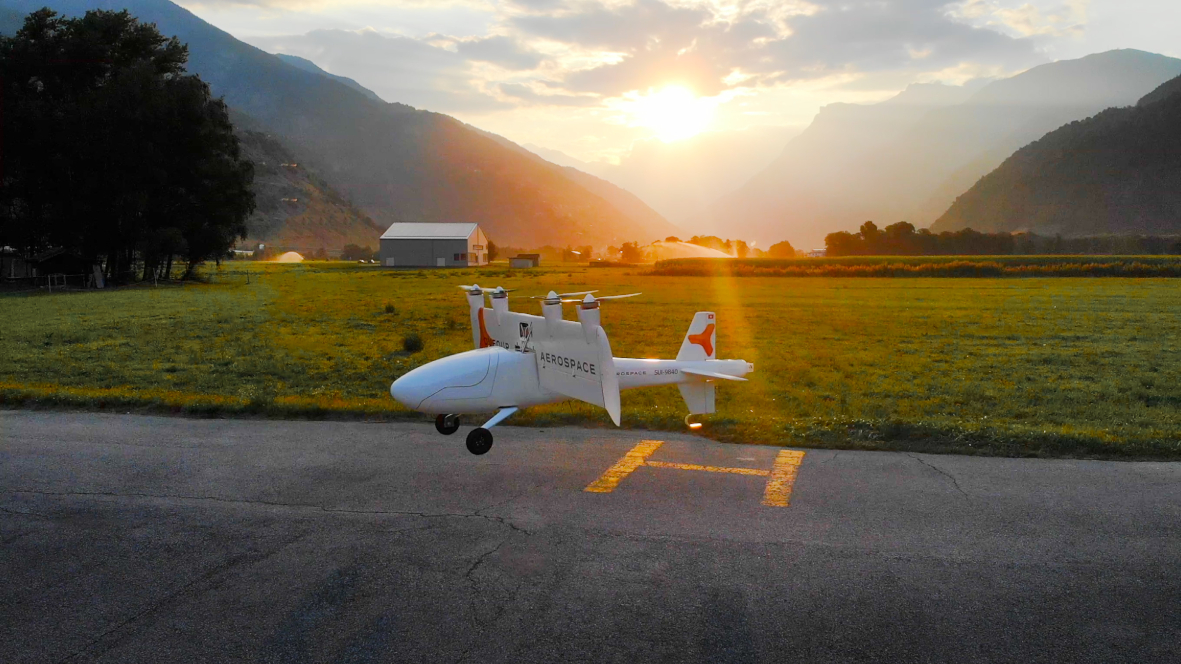 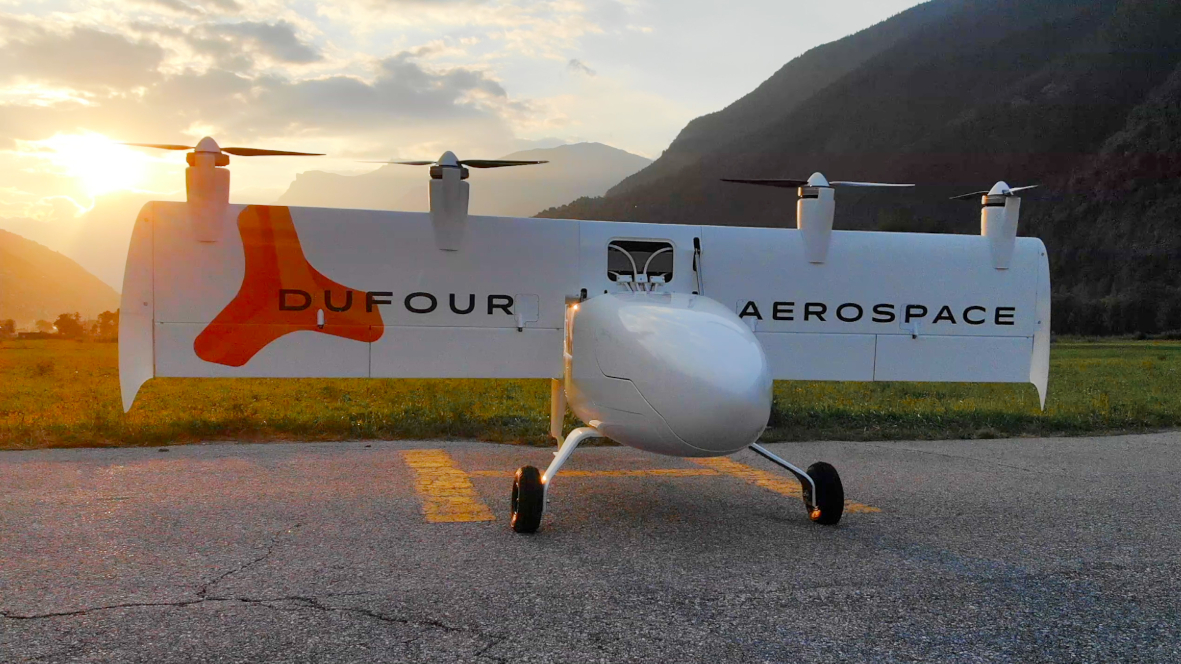